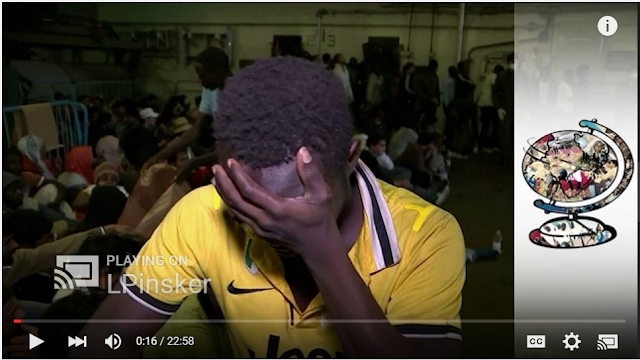 This "Journeyman Pictures" and "Dateline SBS" documentary is not only interesting and on-topic, it juxtaposes the personal experiences of the many different kinds of migrant with on-site interviews and informative news segments.

It is so easy to become frustrated with the European reaction to the current Migrant Crisis, which has only gotten worse since Syrian War refugees began to increasingly join the already steady stream of people fleeing Africa and the Middle East seeing refuge from war, abject poverty, persecution, or death threats.  But as this video attempts to show, in Italy, at least, the people are trying to help the refugees, they are just completely unprepared to deal with such a huge influx.  Governments lack necessary infrastructure to deal with all the people that need to be processed, and refugee camps lack food, water, shelter, warmth, basic sanitation, or anything approaching even basic human rights.

As always there will be some people who will be xenophobic, who prefer to build boarders instead of relationships, who ignore this massive need of their fellow man instead of getting educated and getting involved.  Luckily this piece also highlights some of the wonderful nonprofit organizations on the ground helping refugees in Italy.

The big question no one seems to be asking: what is America doing about the Migrant and Refugee Crisis?