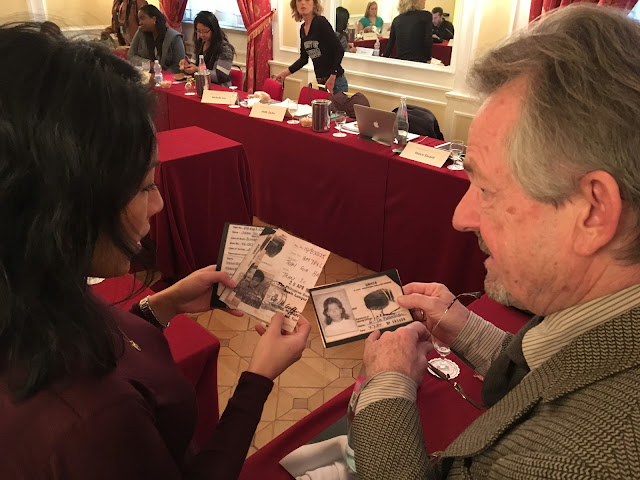 I had to make a decision: to study humanitarian crises management in Rome or business analytics in Dubai?  I chose Rome for my visceral connection to the subject matter. The image that sparked my internal call to action was the 2015 image of 3-year-old Syrian boy, Aylan Kurdi, who drowned off the coast of Turkey. https://www.nytimes.com/2015/09/04/world/europe/syria-boy-drowning.html?_r=0 According to the UNHCR https://www.unhcr.it/, fleeing war and corruption in their homeland, over 3,000 people drowned in the Mediterranean Sea in 2016. This resonance connected to my own family’s journey when we fled war-torn Vietnam in 1981. To this day, I marvel at the rare stroke of luck my family was afforded. The UNHCR estimated that between 200,000 and 400,000 boat people died at sea. Other estimates compiled are that 10% to 70% of the one to two million Vietnamese boat people died in transit.

My mother was barely 26-years-old when she and my father, who was 31-years-old, fled communist Vietnam, with four children in tow. Their first escape attempt resulted in the Vietnam coast guard stopping them and confiscating the boat my father built. Typical of war-torn countries in desperation, the guards absconded with the money my father and his many desperate friends worked hard for and gathered over the years. Finally, by the second attempt, in 1981, we managed to barely escape off the coast of roiling South China Sea. Over the course of the next two years, we transferred through the sponsorship program to various refugee camps in Malaysia and the Philippines.

Growing up, I never really appreciated just how much my parents sacrificed in order to provide a better life for me and my siblings. Typical of a young child.  But now, as an adult with children of my own, that perspective has changed.  In many ways, one major inflection point was the week-long intensive course in Humanitarian Emergency Management in Rome.  It provided a lens that mirrored what it must have been like for my family and the millions who continue to struggle in similar circumstances of being forced to flee and to leave behind everything they know and have worked hard for. Much like my own parents, many of modern day migrants and refugees are young, smart, and would have preferred to remain rooted in their homeland.

What was intended at the outset for me to be a global discovery of refugeeism and how various organizations in Rome manage the recent refugee pandemic, in actuality burgeoned into an unexpected, self-reflective journey of my own family.  What the migrants and refugees today are faced with are prolonged, precarious circumstances for a dubious path to better opportunities in foreign countries. Much like the firsthand migration stories that I heard during the Rome AGI, my family, too, struggled to provide the bare necessities during our formative days in the U.S.  Naturally, I often catch myself trying to live through the eyes of my father and mother: what they saw, heard, the fear of danger and uncertainty that must have rocked them to their core, and the brave facade they needed to uphold for their young children.

The most poignant moment during the entire week was a moment I shared with the Italian Refugee for Council director Christopher Hein. In my family’s photo album at home are a series of what looked to be old identification cards. I never thought much of them as a child. Never before had I paid attention to the “UNHCR” labeled at the top of my parent’s photos.

Having just studied more indepthly through the program the history and role of the UNHCR, it dawned on me that these are the very cards that gave my parents their identity when bouncing from one refugee camp to the next. Somehow, this relic of my personal story connected me more than ever to modern day refugees and the necessary process for migrants. Mr. Hein was a former UNHCR director who has dedicated his life to humanitarian efforts, so sharing these artifacts with him was special moment beyond comprehension.

Furthermore, director Stefan of the UNHCR in Italy stated that the refugee problem (over 1.2 million) in Europe pale in comparison to other South American countries like Colombia who’s struggling to manage their three million displaced persons. This sobering fact frames the reality that we are dealing with a global pandemic. What I did not appreciate before and now do is that the displaced persons and forced migrants problem is no longer a local problem. This is happening across the globe in nearly every continent.

Before embarking on the Rome AGI, I often felt paralyzed by the seeming inability to make a difference. What I now realize is that making a difference does not require some grandiose feat. Sometimes the most impactful action can be to share our stories and raise awareness, just as Anthony from Centro Astalli is doing. (Anthony arrived in Rome three years ago, after he, his mother, and sister fled persecution in Kenya.)
While we may not see the immediate impact of our conversations, we will never know where those connections will spark inspiration that will lead to further action. The planting of the seed began with me as a refugee in my early childhood. That seed since sprouted to a greater understanding and growing compassion toward the modern day refugee pandemic.  When I return back to the U.S. I will continue to nurture my burgeoning inspiration and to share the stories and the wealth of information I have acquired during my life-changing week at the Rome AGI.

Professor Tavanti provided a rare opportunity for me and my classmates to understand the global, humanitarian issue through the eyes of various NGOs in Italy. I am so grateful that I was given an opportunity to walk through that door.  I have no doubt that the Rome AGI is just the beginning to creating more impactful change.  Lastly, I find myself vacillating between frustration and hopefulness with the magnitude of the global humanitarian crises.  And I am not sure that I will see much improvement during my lifetime.  Because of my own life as a refugee-immigrant, as well as what I witnessed during the Rome AGI, I am more certain than ever that the power of the human spirit is unrivaled by anything less than faith.
By Meno Crompton