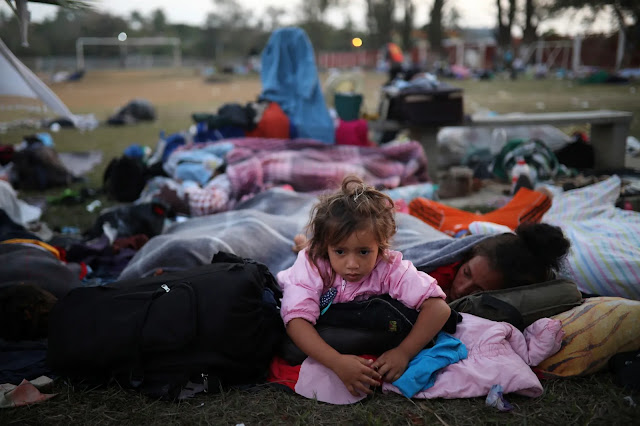 
The trafficking of persons or as it is often referred to as “modern-day slavery” is a global and social phenomenon that generates profit for organized crime. According to Amnesty International, six out of ten migrant women are sexually assaulted when in transit through Mexico. This, in fact, is concerning because it places women and young girls in vulnerable situations to being trafficked. A 2015 report from Doctors without Borders surveyed 467 migrants and refugees in Mexico- the findings included the reasons migrant left their home country and the violence they experienced along their journey. The report stated, “nearly one-third of the women surveyed had been sexually abused during their journey [and] perpetrators of violence included members of gangs and other criminal organizations, as well as members of the Mexican security forces responsible for their protection.” Therefore, migrant women in transit through Mexico are exposed to trafficking and experience different forms of violence along their journey. It is important to understand that women and children- not only those who migrate from Central America but also those who are forcibly displaced around the world- are among the most vulnerable to experience violence and trafficking.

Participating in the AGI- Rome immersion program gave me the opportunity to learn more in-depth on different organizations that are working with migrants and refugees in Italy and overall learn about migration in Europe. We were able to visit Caritas Roma, which is an organization that through the core values of the Catholic Church, works with people who are the most disadvantaged and the community. This organization also works in partnership with other organizations such as the Christian Organizations Against Trafficking in Human Beings to share and identify preventative strategies to combat trafficking.

Similarly, to the organization Caritas Roma, the International Organization for Migration (IOM) in Mexico collaborates with different organizational sectors in training and awareness at both the local and federal level. The training and workshops are offered to government representatives and civil society and through these courses, IOM mainly focuses on identifying and assisting victims. This IOM project “Fight against Trafficking in Persons, Gender, and Migrant Children,” is crucial at this moment because of the high numbers of Central Americans who are part of the migrant caravan and are trying to seek asylum in the U.S. Their experience and journey through this process of seeking asylum also increases the danger of becoming potential victims of trafficking. Furthermore, it is fundamental for organizations to work together to inform and prevent human trafficking as well as provide services for victims and survivors.
By Esmeralda Cardona