Building a Wall in the Land of the Free 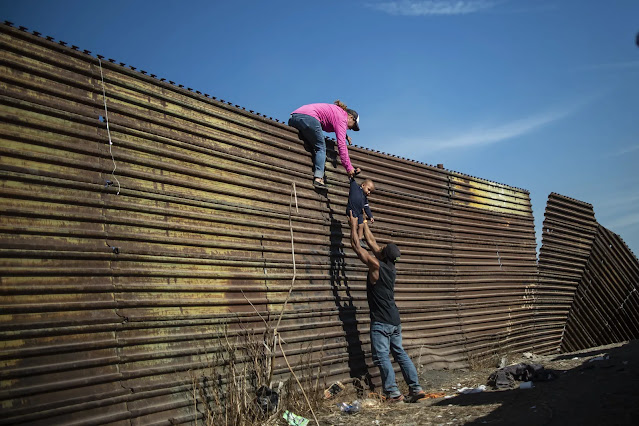 Building a Wall in the Land of the Free:

Last week, I had the opportunity to study refugee management and human rights in Rome, Italy with the University of San Francisco’s AGI program. During the trip, our group spoke with multiple organizations working directly with refugees about the central issues that arise when an entity is faced with the duty to accommodate forcibly displaced people. With each conversation, I found myself reflecting upon these themes of solidarity, geopolitics, and basic human rights violations that are occurring back home, in the United States.

Currently, the U.S. is undergoing the longest government shutdown in its history because Congress refuses to pass a bill that would provide $5 billion to build a border wall with Mexico. The shutdown comes at a time when the border debate in the U.S. is heightened from anti-immigrant rhetoric of the Trump administration.

Guatemala, El Salvador, and Honduras are the main countries from which most of these asylum seekers originate. These countries have been consistently ranked as the most violent in the world in the past years. People, including an increasing number of unaccompanied minors, who are from there are seeking refuge from forced gang recruitment and death threats.

Meanwhile, Trump allows the government shutdown to continue. Armed troops are threatening these asylum seekers at the border, and the country is holding its breath to see if funding for wall will be approved.

Part of what I learned in the AGI course is that, under the 1951 Convention Relating to the Status of Refugees, the international community is under legal obligation to screen each migrant arriving at ports of entry within the country claiming refuge from persecution. The U.S. should not be an exception. The Convention was written for this exact purpose: to provide international protection for asylum seekers whose own governments will not, or cannot, provide that protection in their countries of origin.

As of January 2019, President Trump is threatening to declare a National Emergency as a scapegoat to build the wall along the southern border, without the consent of Congress. However, there is nothing in the National Emergencies Act that gives a president “unreviewable discretion” to decide whether an emergency exists. An emergency exists if it is tangible and not up for debate. President Trump may tweet, televise, and declare a national emergency, but the statute in question determines that he does not have the right to create one.

In summary, I am extremely grateful to have had the opportunity to attend this course, as I believe it proved to me the importance of deconstructing misconceptions and finding the commonality between us all.