A Small Step in My Personal Journey to Understanding The Difficulty in Answering A Hard Question. 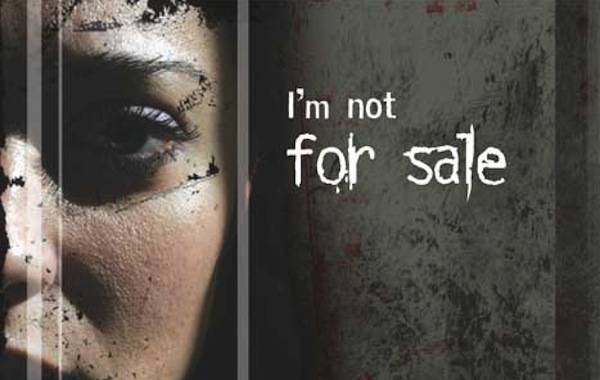 I have to admit my understanding of human trafficking was very minimal and disconnected. With each additional reading and research I am starting to understand what human trafficking really means. One of the largest revelations I had was discovering the intricacy and networks the traffickers use within the different “sectors” of human trafficking. Even with all the attention being brought to this subject through various media sources, I am starting to understand the difficulty in answering the hardest question… how this can continue to happen and what can be done to help?


To start my journey I decided to look at what local agencies are doing and then look internationally. I meet with Cesar Lagleva, a Program Director at Marin County, Health and Human Services, to discuss what steps the county is doing to help with human trafficking in the local area. Currently Marin County District Attorney is working with other nonprofits such as West Marin Advocacy and the Dominican Sisters of San Rafael. They are primarily focused on the undocumented population and aimed at “addressing the numerous forms of labor and sexual exploitation affecting the lives of children and adults in Marin County”.


Cesar informed me that out of the United States, California has the third highest rate of child trafficking with at least 100,000 children sexually trafficked and the Bay Area is one of California’s hub for human trafficking. Just in the City of San Rafael there are over 80 massage businesses and more than 20 of those businesses were listed on a ‘fantasy’ website. Marin County’s coalition is only one of the many that are trying to combat human trafficking. Other organizations like Community Violence Solution and Bay Area Anti-Trafficking Coalition are working to raise awareness by encouraging others to speak up in organizations and learn to recognize signs of abuse.


Another topic that Cesar spoke very passionately about is the inequity facing the residents of the county. Cesar had recently attended the “Equity Summit, All in for inclusion, justice, and prosperity” in Los Angeles. The below video was used to open the summit and to make a ‘Call for Action’. For people to “Step, Move, Walk” and unite for the common purpose of bringing an end to social inequity, including the rights for undocumented individuals.


As I continue my research in understanding what can be done to help stop human trafficking at an international level, I found an article about a recent decision by Japan. Last month Japan’s, a signer of the 1951 Convention of Refugees, Prime Minister Shinzo Abe announced Japan will pay 1 Billion Yen ($8.7 Million in U.S.) for Korean women forced into Japanese military-run brothels during World War II. During this time tens of thousands of women from all over Asia, mostly from Korea, were sent to military brothels to provide sex to Japanese soldiers. These women were referred to as “comfort women”. There is only 46 South Korean women surviving that were former sex slaves.