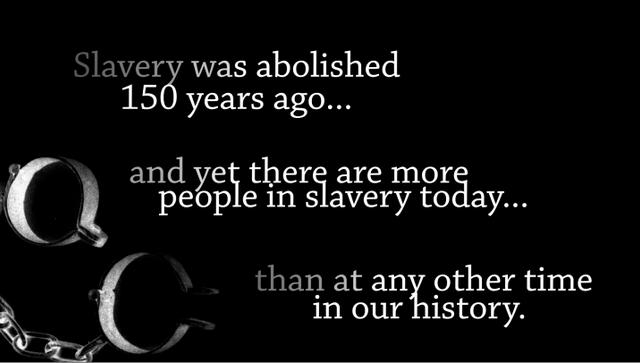 The United Nations defines human trafficking as,  “the recruitment, transportation, transfer, harboring, or receipt of persons by improper means (such as force, abduction, fraud, or coercion) for an improper purpose including forced labor or sexual exploitation.” In other cases, a person consents to being smuggling. This is considers human smuggling – which is related to human trafficking but a different crime.  “Human trafficking involves the consent of the person(s) being smuggled. These people often pay large sums of money to be smuggled across international borders. Once in the country of their final destination, they are generally left to their own devices. Smuggling becomes trafficking when the element of force or coercion is introduced.”

As stated in the Trafficking in Persons Report, June 2004, slave traders prey on vulnerable woman and children, who are often forced into prostitution. Traffickers gain their trust through coercion and trickery. "Very often these ruses involve promises of marriage, employment, educational opportunities, or a better life."

Most of the information available on human trafficking is not complete and/or accurate as number of victims is unknown and most goes unreported. From the information reported:

Global baseline data on trafficking patterns
According to the Global ReportFemale offenders have a more prominent role in trafficking in persons than in other crimes. The capacity to detect trafficking victims increased during the reporting period – the number of victims detected increased by 27% between 2003 and 2006 (in 71 selected countries). Female victims represented, on average, between 65 and 75% of all victims detected between 2003 and 2006; child victims between 15 and 25%; and male victims around 15%.