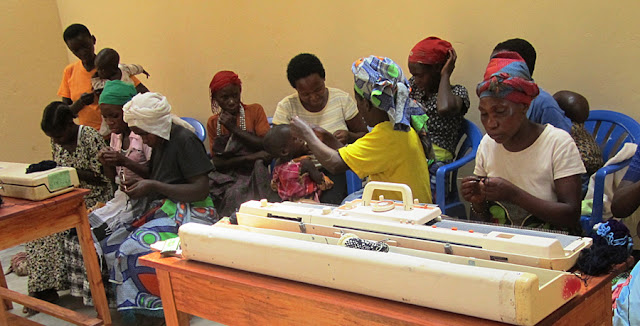 In 2015, the number of refugees and forced migrants reached the highest number since WWII, with 59.5 million people forcibly displaced by conflicts around the world (UNHCR, World at War). Western media attention focuses on migrations to Western Europe, and people fleeing South and Central America to the United States. Many of these forced migrants meet the UNHCR definition of refugees. However, internally displaced persons (IDPs) need not be lost. The case of the Batwa Pygmies in Uganda is such a case, and one that unfortunately may increase as climate change displaces populations within and without their native countries.

The Echuya Batwa, commonly known as Batwa pygmies were originally a hunter-gatherer population considered to be original inhabitants of the Great Lakes region of Central Africa. They lost their land to agribusiness and conservation interests, becoming increasingly marginalized as they attempted to maintain their livelihood on the fringes of dominant society. They were not included, compensated, or given land as they were ejected from the forests in which they had lived as skilled hungers and gatheres. The establishment of the Bwindi and Mahinga national parks resulted in the government definitively evicting the Batwa. In the First periodical Report of Uganda to the African Commission on Human and People’s Rights (2006), it is asserted that “The Batwa in Uganda (today) experience systematic and pervasive discrimination from the government and other sectors of society, and their rights as indigenous peoples are neither recognized nor respected”. The Batwa Pygmies can be considered environmental refugees, and internally displaced persons. Largely landless, they are incredibly poor, with extremely limited resources to integrate into dominant society, and engage in low-wage manual labor, prostitution, begging, and other desperate means for survival.

In 2002, US Dr. Scott Kellerman traveled to Uganda on a mission to assess health access situation for Pygmies. What he found was “heartbreaking”; a displaced population living in terrible conditions, where 1/3 of their children died before their fifth birthday. This mission became his focus, and he began directly providing medical care to Batwa Pygmies.

I spoke with Dr. Kellerman in Grass Valley in January of 2016. When he is not in Africa, he works with a local community clinic, and he is a doctor stationed within an alcohol and drug treatment center. After their initial trip, Dr. Kellerman and his wife, Carol, immersed themselves in learning the language and developing relationships. Dr. Kellerman provided mobile medical clinics, hanging IVs from trees and seeing 200-300 patients daily. Through their fundraising efforts, their small clinic became the Bwindi Community Hospital, now one of the best hospitals in Uganda. In 2004, the Kellerman Foundation was established to sustain their efforts. Their work has grown with three primary areas of focus:

3) Nursing Education: Uganda Nursing School Bwindi opened in 2013 as the only advanced-level program in a rural region of one million people.

The Kellerman Foundation represents a truly successful grassroots effort. As I was learning about the Kellerman Foundation, I was also researching Medicins Sans Frontieres (MSN) and considering the similarities, differences, and opportunities for synergy. Knowing as we do that the future brings increased issues for environmental refugees (especially considering climate change) we might consider how these systems can complement each other. Dr. Kellerman talked about partnering with MSN; MSN will base at Kellerman’s hospital to serve populations fleeing frequent conflict in the region, mobilizing major support in times of crisis. MSN is now a huge, multinational NGO with a budget over $600 million, with a broad mission to provide medical support where it is needed most. Kellerman’s relatively small operation is dedicated long-term to a population. Both aim to address root cases: Kellerman through economic development, MSN often focusing on bringing atrocities to light. Dr. Kellerman also works with local government, who agreed to provide safety for the clinic, and the Anglican Diocese of Kinkiizi. Kellerman Foundation spreads gospel; MSN is not affiliated with any religion. We can look to this partnership not only as an example of the diversity in nonprofits, the benefits of small, grassroots efforts as well a major operations, and as well look for models of collaboration in the third sector that can work to address the major humanitarian issues we face with refugees and internally displaced persons.
By Ariel