In Rome, migrant children forced to turn to prostitution! 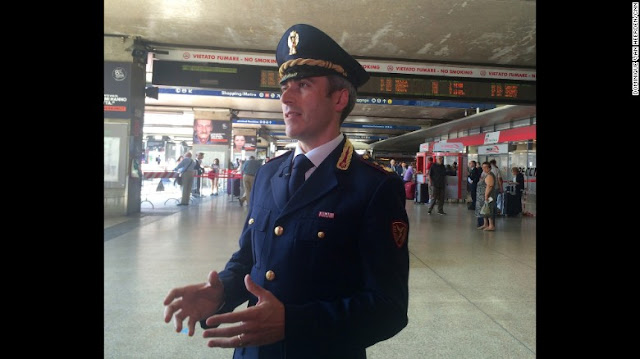 "The illegal stuff, it is the only option I have". CNN reports interview a young Egyptian migrant at the Roma Termini and he tells them that his parents have spent thousands to get him here and he has to find a way to pay them back. This is the case for hundreds of migrant children arriving at the Roma Termini. However, this report specifically targets the concept of migrant children having to result to prostitution and selling illegal narcotics.

Emanuele Fattori, the chief of Police at the Roma Termini has seen it all. However, what surprises him is that the children under 14 have increasingly become the main targets. The reason for this is because under Italian law a child under 14 cannot be taken to trail in this country. Consequently, the pimps and gangs of the city have been preying on children under 14.

The report found that there has been a spike in children arriving unaccompanied at the station. They left their countries hoping to get away from the troubles of home but prostitution was never what they expected. The report follows a group of Egyptian boys that have been forced to sell themselves by their Italian pimps. One of the boys out of that group was willing to speak with the reporter and explain to her that his parents sold everything to get him here. Once he arrived at the terminal his friend and him were very hungry. An Italians man offered to feed them if they were willing to help him sell the "illegal stuff". He said it first began as selling drugs but he never thought it would lead him here.

Zander, works for a center dedicated to helping refugee minors. He helps translate and support the Egyptian migrant children around him. He tells the reporter that the families back home do not ask where the money came from. They just expect that they send money back home to help.

This scenario can be true for the migrants arriving in the United States as well. Especially, for the children just like the unnamed Egyptian boy. It is hard to see these children suffer this way at such a young age. This is where the misconception of refugees needs to be changed. These children do not leave their comfortable lives and loving families to sell their bodies in another country. That is far removed from the concept of a better life that the immigrants in my family had in mind when they traveled to the United States. This recent wave of displaced persons is only leaving because they simply are no longer safe in their home countries.

The organizations in this city are doing a tremendous job helping these individuals get situated with their lives. They are very popular as word of mouth seems to be their only out reach. However, if posters or small printings in the common refuge languages were placed around the termini about the centers, these children may not be so easily coerced by the pimps. These posters will help the children and the centers in my opinion and it's a small manageable step towards the right direction.